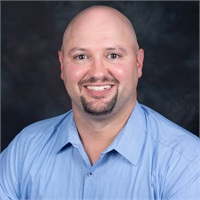 Dustin Alexander is the founder of Stirling Capital. A native of Northwest Ohio, Dustin grew up in Curtice, Ohio and attended Genoa High School. After graduating with Honors, he attended Xavier University in Cincinnati, where he studied Management, Economics, and History. After graduation, Dustin began his career at New England Financial in Toledo, Ohio- where he earned numerous awards for new and young agents. While at New England Financial, Dustin gained valuable experience and began building his fee-based advisory practice. In a time when commissions and conflicted advice were the norms for the industry, he realized the value of having a truly independent practice. The desire to put clients first with providing objective investment and planning advice led Dustin to found Stirling Capital in 2006. Dustin's mission has always been to help his clients achieve financial freedom through exceptional service, planning, guidance and trust. Dustin focuses on advanced financial planning, retirement planning and asset management. His work developing financial plans and our planning process allows Stirling Capital to utilize a proactive wealth planning approach. This process often allows Stirling Capital to identify a client's need before they even realize that they have a need.

Dustin resides in Curtice, Ohio with his wife, Alison, and their three young children. Dustin is an avid outdoorsman, and loves to fish, hunt, camp, and spend time boating on Lake Erie.